Called cauliflower stew, even though it contains plenty of lamb, versions of this dish are common throughout the middle east.  In Lebanon and Syria, it’s called yakhnat al-qarnabit, and it’s made with plenty of fresh coriander.  In Turkey, it’s called karnibahar musakka, and fresh thyme, marjoram and parsley flavor the dish. 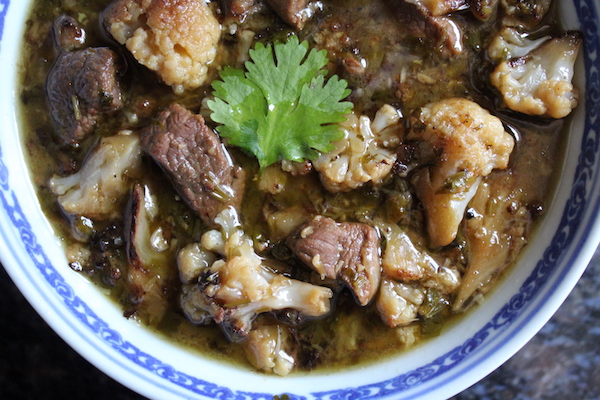 This recipe is adapted from the book Real Stew, and is said to be modeled after the version of this Persian cauliflower stew that’s served in Damascus.

I also consulted Classical Turkish Cooking for another perspective, and that version uses just a tiny bit of ground lamb, only 1/3 of a pound for a whole pot of stew.

In either case, it’s best that the meat be thought of as a seasoning that helps add body and flavor to the dish, rather than as a central component.  The highlight of this dish, believe it or not, is the cauliflower.

The florets are caramelized in olive oil, which brings out their rich flavor. 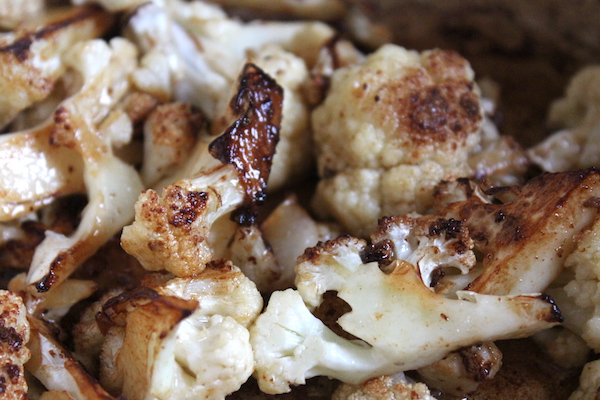 Another novel thing about this particular stew is the treatment of the garlic.  Normally, I chop the garlic by hand with into a fine mince for most my cooking.

This recipe called for pounded garlic, worked in a mortar and pestle until with ample salt until it formed into a paste.

The more garlic is worked, the more cells break and the more flavor is released.  A full 8 large cloves, or just over a full bulb of garlic goes into this stew.

The flavor gently infuses into every bite, and it’s just right, not too spicy or intense. 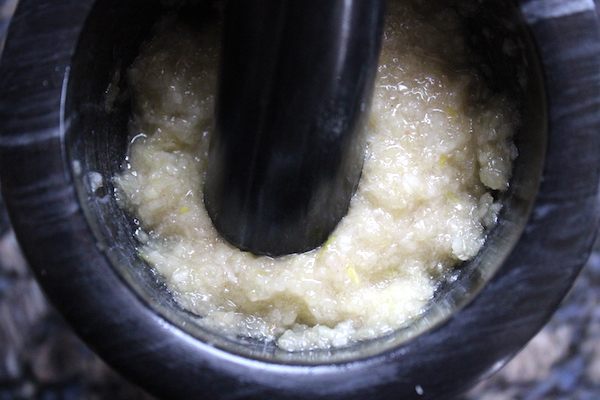 If you don’t happen to have a mortar and pestle, a garlic press works wonderfully to break up the garlic and expose as much surface area as possible.

Use a fork in a bowl to mash it further into the salt to draw out more flavor.

While I usually put cilantro in at the end of cooking, the leaves go right in with the garlic in this recipe. They’re cooked in oil until wilted and then simmered for an hour until the dish comes together.

They actually are more of a green vegetable than anything else, and they act like the kale in kale and white bean soup.  Just a bit of green to balance the heavier elements of this stew. 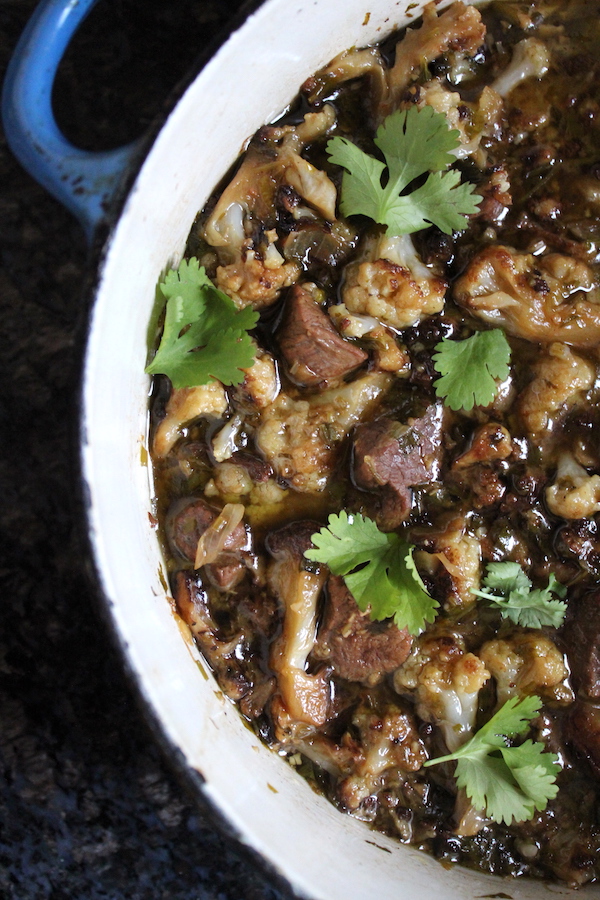