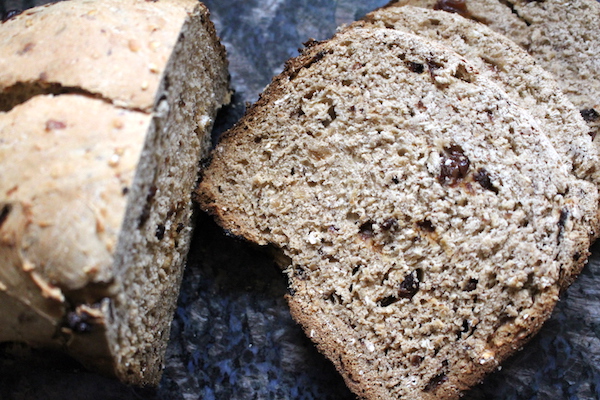 Bread machine baking had become a daily event in my household and now that I have perfected recipes for basic white sandwich bread and whole wheat bread, it’s time to branch out a bit into flavored bread.  With two bread loving little ones in the house, a soft cinnamon raisin bread is the obvious next choice.

Cinnamon can inhibit the rise on a loaf of bread, so you want to be careful not to add too much.  One teaspoon adds just enough flavor to this loaf, without hampering the yeast too much.  Still, you’ll notice that the crumb on this bread is denser than most, which means it’s perfect for toasting and slathering with butter.  It stays soft and moist through the baking process, and the raisins add just enough sweetness. 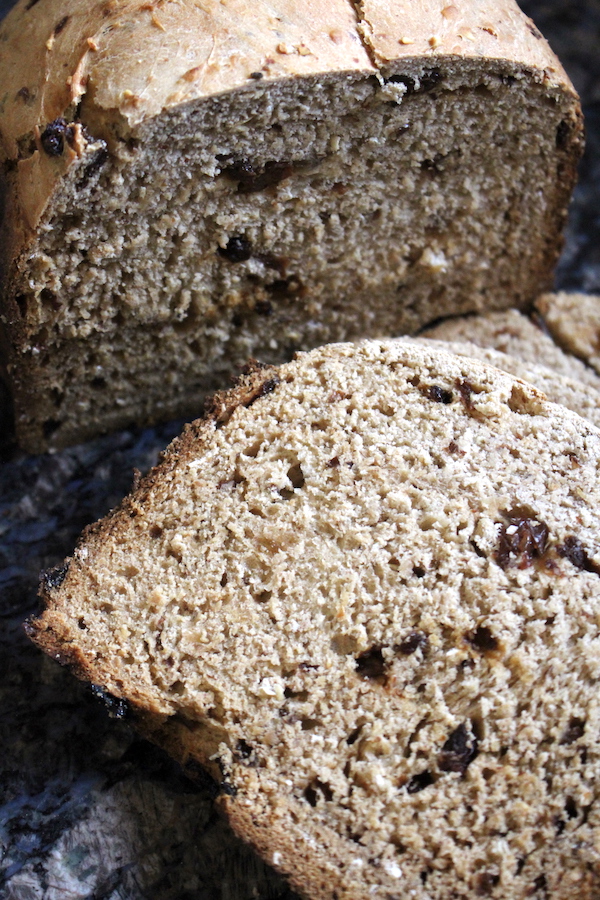 The little ones ate it right up and came back for more, but that’s not surprising.  What toddler wouldn’t love cinnamon raisin bread?  What did surprise me is the fact that my husband polished off the loaf, and then asked me to bake more.  That’s a manly seal of approval if I’ve ever seen one.

There you have it, an easy to make bread machine cinnamon raisin bread that the whole family can enjoy.  Now the real trick is waiting until it’s completely cool before slicing.  Good luck with that one…

I like to add the yeast directly into the water and allow it to bloom for about 5 minutes before adding the rest of the ingredients and turning the bread maker on. I think this results in a better rise, but it's optional, and shouldn't be used with delayed start bread making.

Next time I make this recipe, I hope to try adding some other dried fruits like dried cranberries, substituting orange zest for the cinnamon.  I may also try dried tart cherries for a real treat, maybe with some diced pistachios to make it a bit exotic… 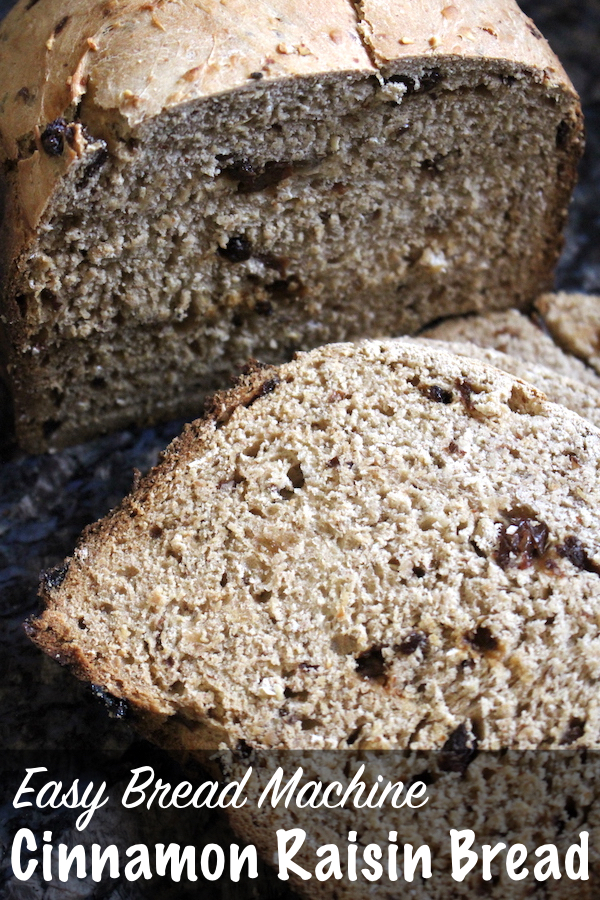