Bread machine french bread is an easy way to enjoy a homemade loaf of crusty french bread without all the work. 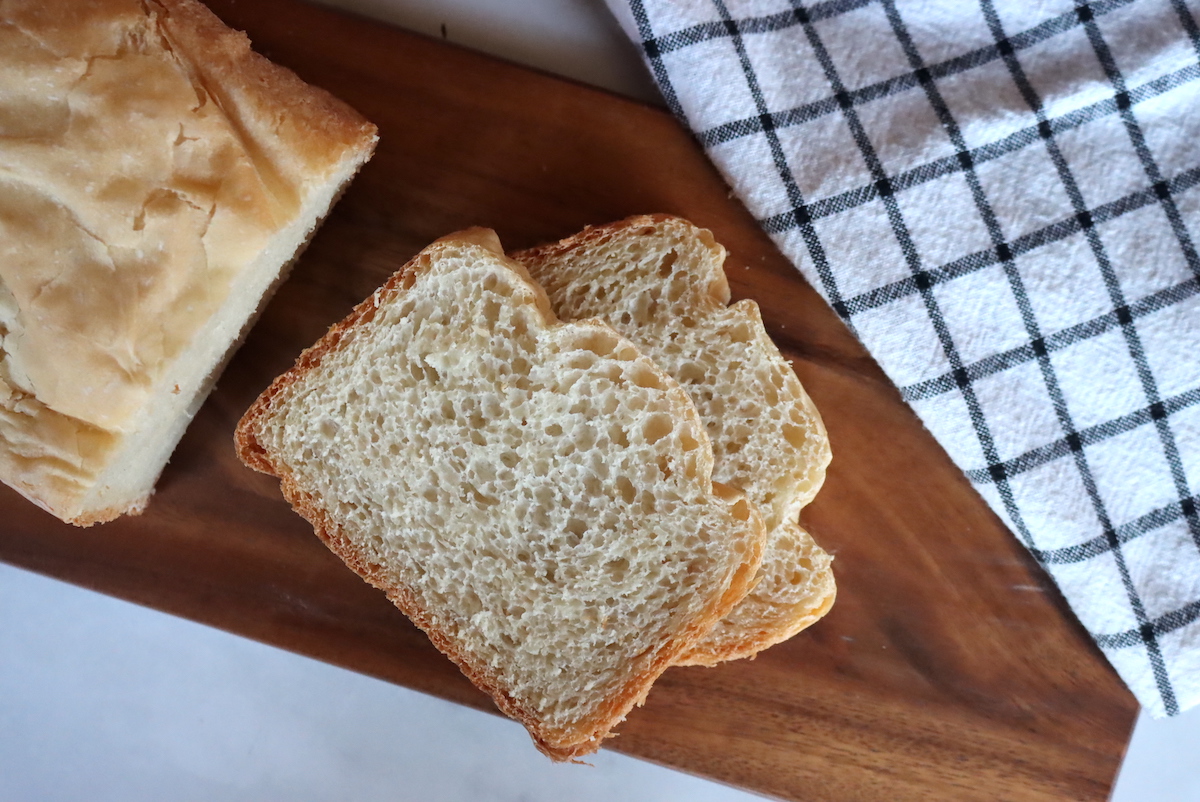 French bread tastes best right from the oven, and it’s hard to enjoy good french bread without making it yourself.  Using a bread machine allows you to get all the flavor (and aroma) of fresh french bread with literally seconds of prep.

It can be tricky to find a french bread recipe that bakes right in the bread machine, as most recipes start with kneading in the machine before raising and baking the bread in a conventional oven.

That particular crispness of the crust is just hard to achieve outside of a conventional oven, but it can be done! 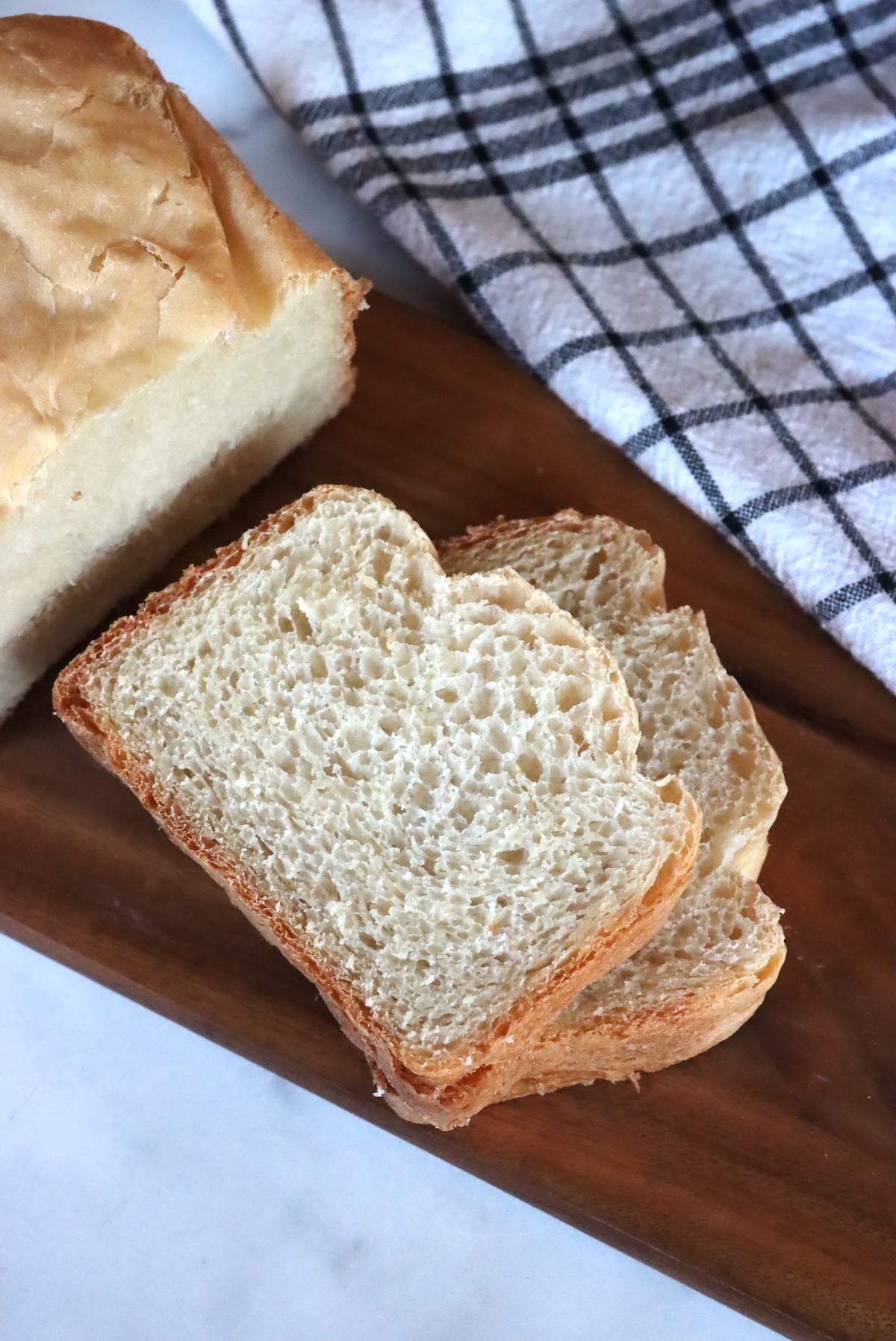 Normally, french bread is very simple and contains little more than flour, water, salt, and occasionally a bit of sugar too.  This bread machine french bread recipe adds gently beaten egg whites, which allow the crust to crisp and results in a crusty french bread baked right in the bread machine.

As with any french bread, there is no fat or milk in the recipe.  Those ingredients keep a bread soft and are normally a part of sandwich bread, allowing it to be stored for several days.

French bread, on the other hand, is best eaten very fresh, still warm from the oven as it lacks any fat or oil in the dough.

The ingredients are as follows: 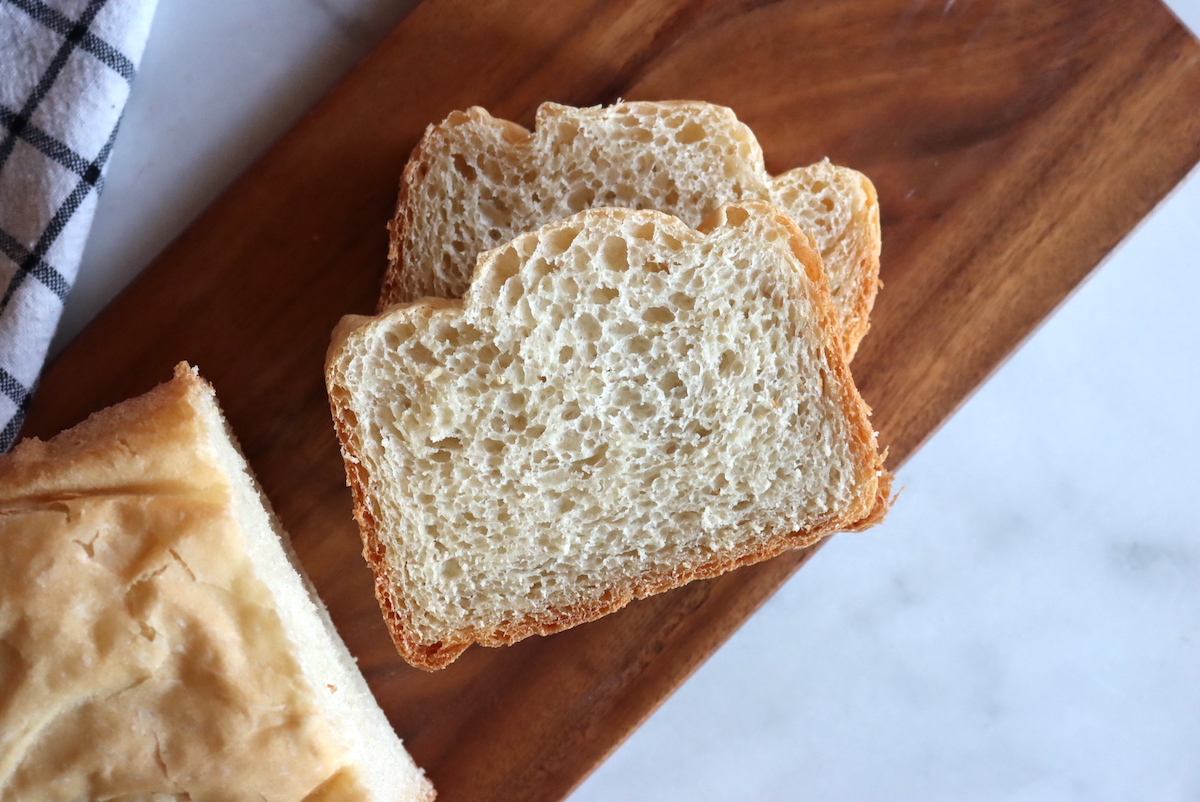 This recipe for Bread Machine French Bread is adapted from The Bread Lover’s Bread Machine Cookbook, which is my absolute favorite bread machine recipe book (and I have quite a few).

The book actually contains a number of different traditional French breads (or breads from France, that we wouldn’t necessarily call “french bread” like this crusty loaf) as well as other crusty loaves for your dinner table.

Add on Top of Liquid Layer

Note that the original recipe included 1 tablespoon of vital wheat gluten to give the bread a firmer texture and higher rise. I have omitted that ingredient since it's not a common pantry staple, but feel free to add it. The bread is wonderful without it, and it's not strictly necessary.

For a 1 1/2 pound loaf, use the following quantities: 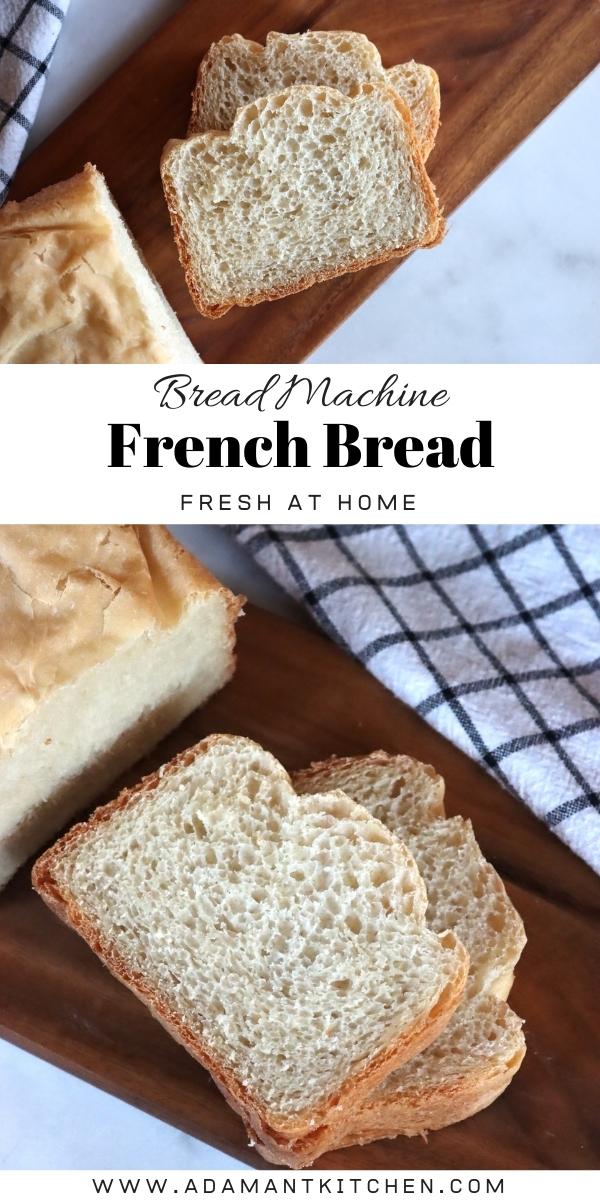