Christmas cookies are one of the best parts of the holiday season!

No matter the corner of the world you dwell in, if you celebrate Christmas or any other holiday this season, you’re likely to be found baking up dozens of festive cookies in your kitchen. Try something new this year by adding any of these cookie recipes from around the world to your family’s holiday dessert offerings! 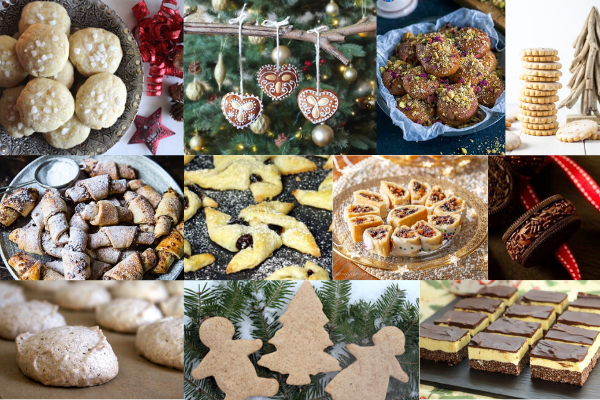 How did the tradition of cookies come to be, you ask? Long before Christmas as we know it today, winter solstice rituals typically revolved around feasting. By the Middle century, when Christmas replaced these solstice rituals in most of Europe, one of the only remnants left was the feasting celebration. Simultaneously, spices like cinnamon, ginger, and nutmeg, as well as fruits like dates and apricots, were starting to hit markets. Because these ingredients were expensive, most families only splurged on these delectable treats during Christmas. When mixed with sugar, lard, and flour, the cookie was born!

Let us not forget, that here in the US, holiday baking is practically a sport and a huge part of one of our favorite Christmas traditions, leaving cookies out for Santa, of course!

While Aussies celebrate the holiday season much the same way as we do here in the US, the Land Down Under enjoys their Christmas festivities in the peak of summer’s sweltering heat. This means, that when they’re out caroling by candlelight, it’s typically in shorts and t-shirts. I think I could get used to that!

Because the weather is so warm this time of year, holiday feasts usually consist of prawns, barbecuing, and pretty much anything you can cook outdoors. Just imagine celebrating the Fourth of July in the US, except with Christmas decorations. It doesn’t appear Australians spend much time baking Christmas cookies during the summer and probably for good reason. 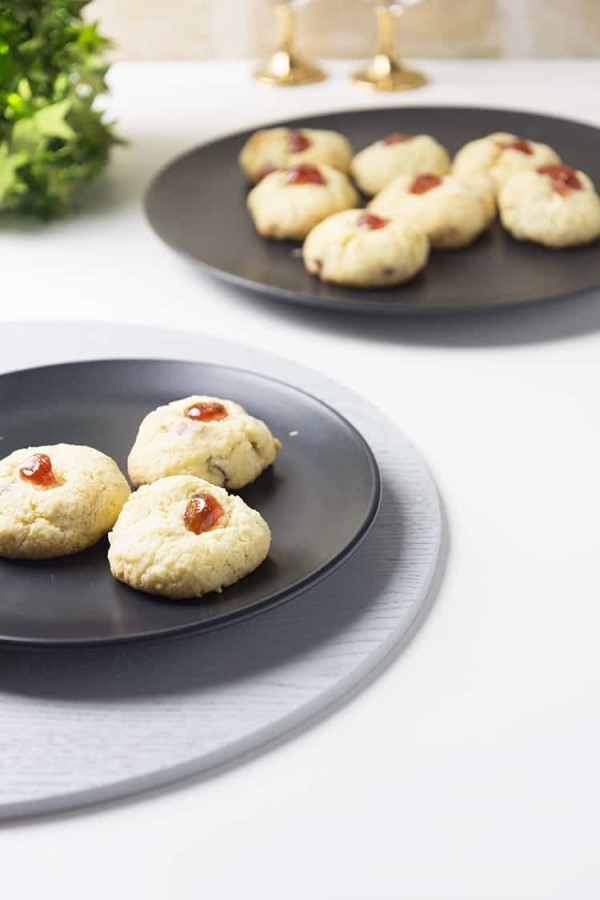 Australian Almond Cherry Cookies (Image courtesy of All She Cooks)

Because Brazil was colonized by the Portuguese in the 1500s, many of their Christmas traditions stem from Portugal. Nativity scenes or Presépio, are among the most popular holiday traditions seen in churches and homes all around Brazil today.

While cookies are popular treats in Brazil, I could only find a few that are year-round hits. They’re not a Christmas tradition in Brazil per se, but maybe one of the following will become yours! 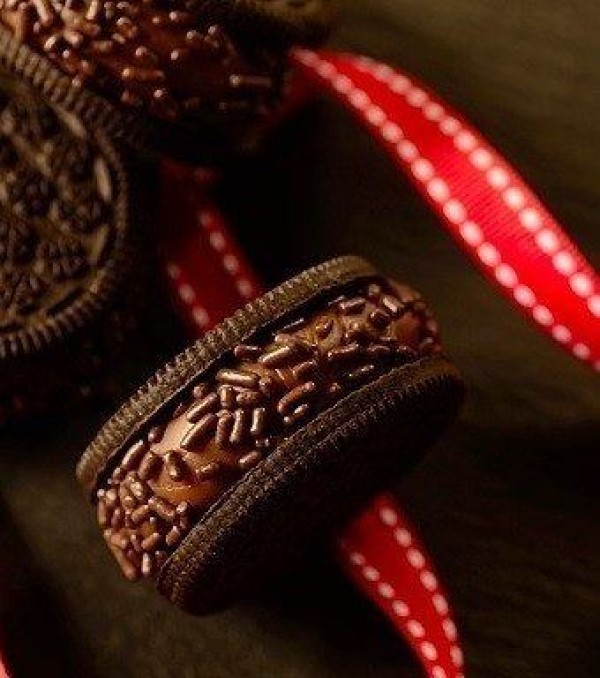 Christmas is celebrated much like here in the US with tree decorating, lots of shopping, and gift-giving. Despite that, there are several cookies that are made in homes across the country that set Canada apart from its neighbor to the south.

One cookie tradition that’s uniquely their own is the iconic Nanaimo bar. Originating in the town of the same name along the eastern shore of Vancouver Island, rich Nanaimo bars are made up of chocolate ganache layers, a center of custard, and a coconut graham crust. Perfection! 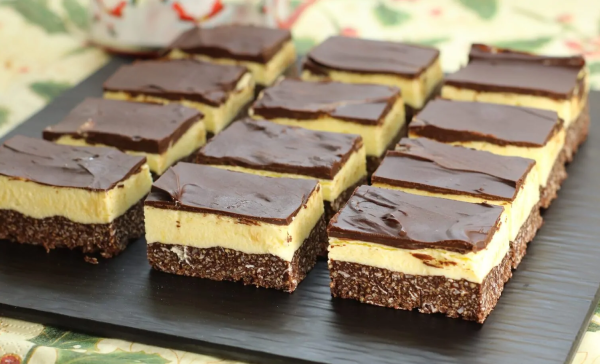 Denmark is another Scandinavian country that has its own unique food traditions at Christmas time and the holiday feasting can last up to twelve hours! It’s no surprise really, as Demark is known internationally as a foodie haven.

Brunkager or brown cookies as they translate to English, are an almond, ginger, cinnamon, allspice flavored cookie served at the holiday table. Brown sugar gives them their beautiful brown color! 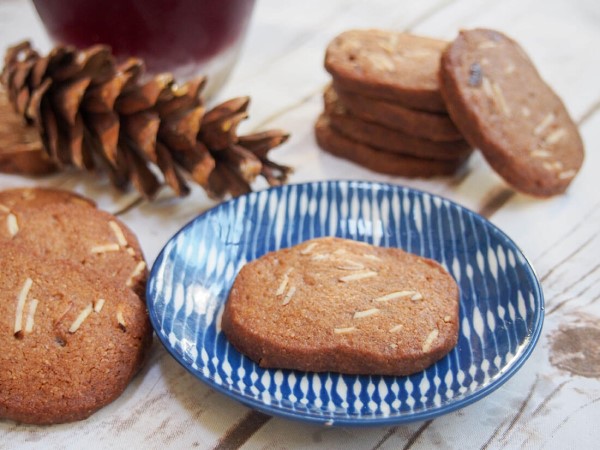 By the time Christmas Eve rolls around, Finnish people far and wide gather for Christmas dinner and after the table is turned over, out come all the sweet intricately shaped cookies!

Jouutorttu or Christmas tart in English, are star-shaped cookies that are typically filled with prune jam. You can find these treats all over the country and their reach now extends into Sweden. 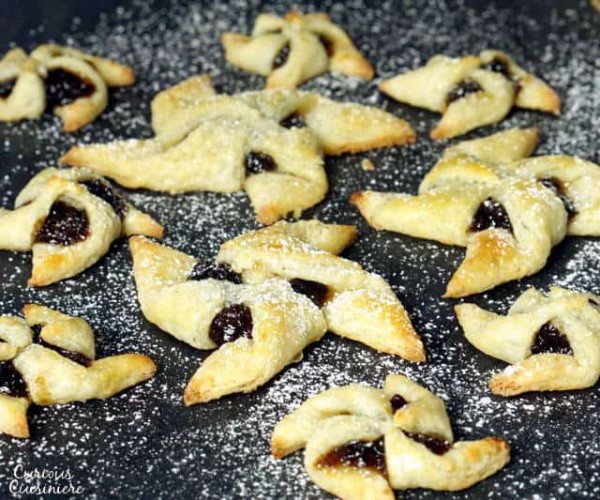 Germany, like many other European countries, jumped on the marzipan train and it shows. Many of their traditional Christmas cookies contain this nutty paste.

German hazelnut macarons or haselnussmakronen are naturally gluten and grain-free treats that are made from egg whites. Flavored with cinnamon and hazelnut, these cookies are light and airy. 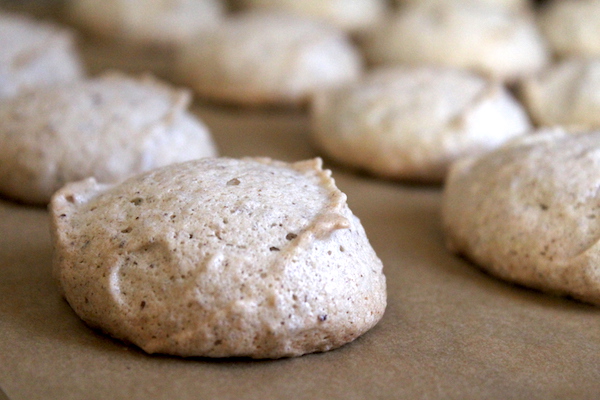 Nothing says Christmas like warming spices and the Greeks know how to use them well!

Melomakarona or honey macaroons are traditionally served at Christmas and are quite popular all over Greece. It would be rare to find a family that doesn’t use a recipe that was passed down many generations. These delightful treats are soaked in a syrup made from honey, orange, and cinnamon. The best part? You can soak them as long as you want and the flavor will age like a fine bottle of red wine! If there’s one cookie from this list that I must try, it’s this one!

Gingerbread has a rich history in Hungary and many food traditions stem from Turkey’s invasion of Hungary in the 17th century.

One cookie option has withstood the test of time. Mézeskalács or honey cakes are a lot like the traditional gingerbread cookies we know and love here in the States but tend to be more cinnamon heavy than ginger. Christmas isn’t complete in Hungary without Mézeskalács! 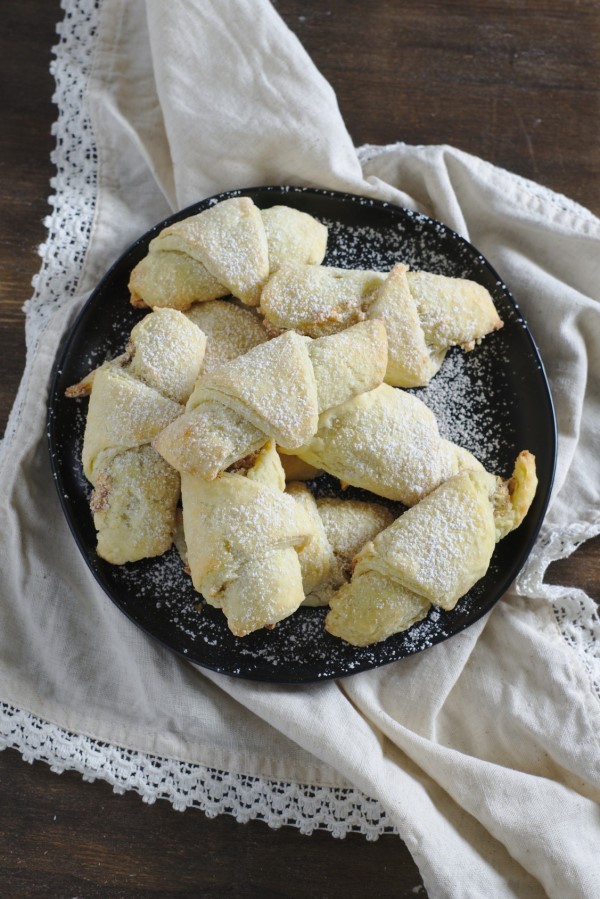 While spending some time in Italy a few years ago, it seemed like every agriturismo we stayed at had fig trees around the property. Turns out, Natalina figs get their name from Natale which translates to Christmas in English.

After finding that out, it makes sense that these same figs would be the main ingredient in one of Italy’s most popular cookies, the cucidati or the tastiest Christmas cookie in all of Italy! Far from Fig Newtons, these cookies have a citrus tang and warming cinnamon tones. 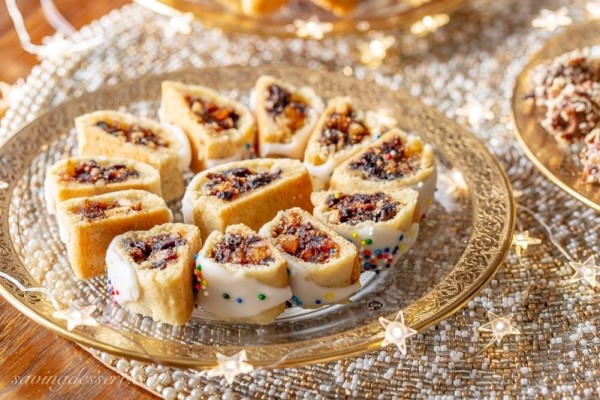 There is no shortage of holiday cookies in Norway! Just because you’ve never been there, doesn’t mean you can’t get a sense of what the food culture is like by experiencing some of the flavor profiles that are uniquely theirs.

This year I’ll be adding all these Norwegian Christmas cookies to my holiday table and maybe next year some of my favorites will become a new tradition in my family. Norway is rich with holiday recipes, so maybe I’ll go full-on Norse Christmas dinner while I’m at it! 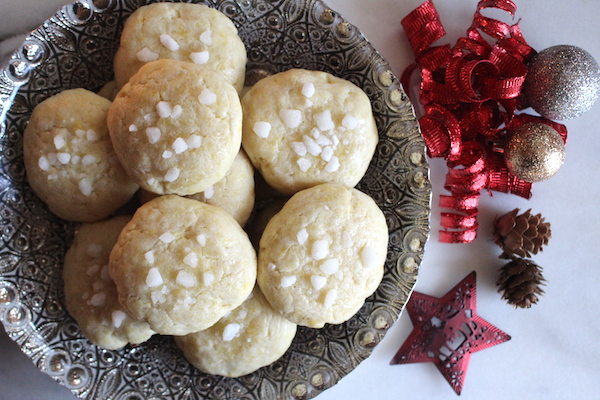 Poland has a very unique tradition of the sharing of a  Polish Christmas wafer or oplatek. This wafer is made from only flour and water and is pretty much tasteless. Before Christmas Eve dinner a ceremony takes place around the table starting with the male head of the household who will wish his wife good health in the new year. She will then eat a bit of the wafer before stating her wishes for her husband during the upcoming year. The wafer continues to be eaten bit by bit until all members of the family finish it.

Pierniczki Tradycyjne or Polish gingerbread are honey-sweetened cookies akin to the popular variety found all over the US. 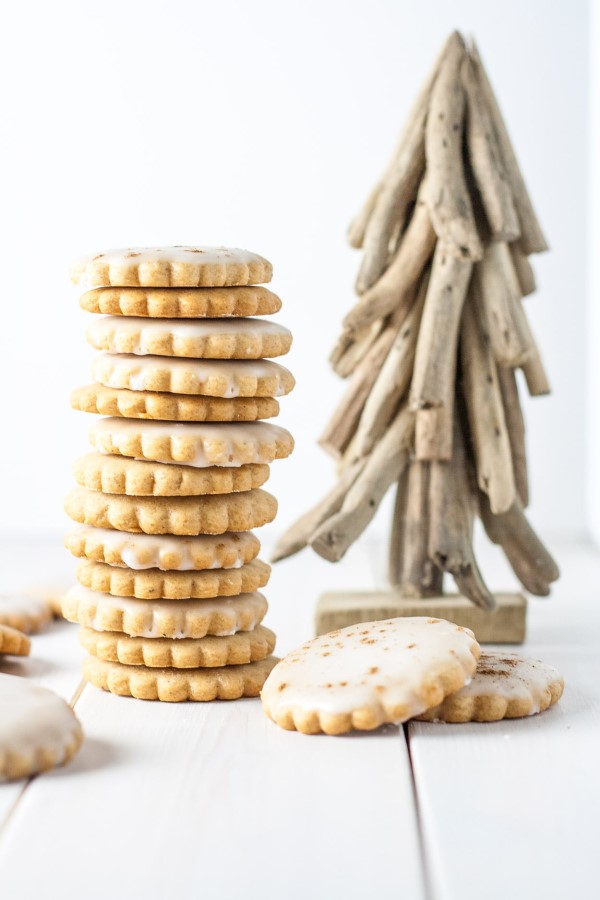 It was only in 1991 that Russians were allowed to resume celebrating Christmas after it had been banned as a religious holiday in 1929. Hard to imagine, right? If you wanted to celebrate, it had to be done in the secrecy of your own home.

Because of such secrecy, I couldn’t find many Christmas-centric Russian cookie recipes, save for rogaliki cookies. These cookies look more like the crescent rolls I remember rolling as a child, but while those were savory, rogaliki are a sweet filled cookie with honey and cinnamon soaked walnuts. A huge upgrade from my childhood memories! 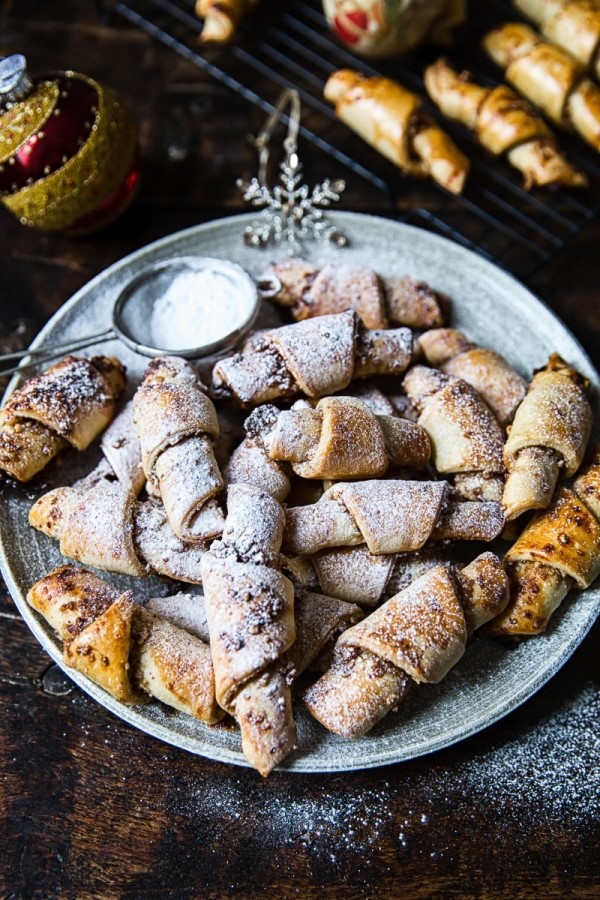 Like other countries that are primarily Christian, the Christmas season officially starts four weeks ahead of Christmas day. This time leading up to and preparing for the birth of Jesus Christ is known as Advent.

During this time households spend their time baking Slovakia’s version of the gingerbread cookie, Medovníky. These cookies are spiced with everything nice: Cinnamon, honey, cloves, and other warm spices. Once cooled, it’s Slovak tradition to decorate the tops of these baked treats with while frosting swirls. 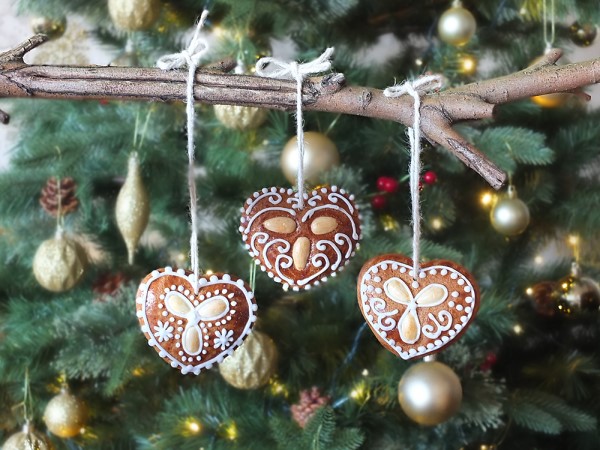 The people of Sweden sure know how to do Christmas! This is a time not just for celebrating Christmas, but for breaking away from the cold, dark, winter months and enjoying the festive bright lights that can be seen all over the country beginning several weeks before Christmas day.

There are plenty of holiday recipes made in this Norse country of the North. One particular cookie is not only delicious but comes with a fun game to play with them. Hold a gingerbread-style pepparkakor in your hand, make a wish, tap the cookie three times, and if you’re lucky enough to have it break into three pieces, your wish will come true! 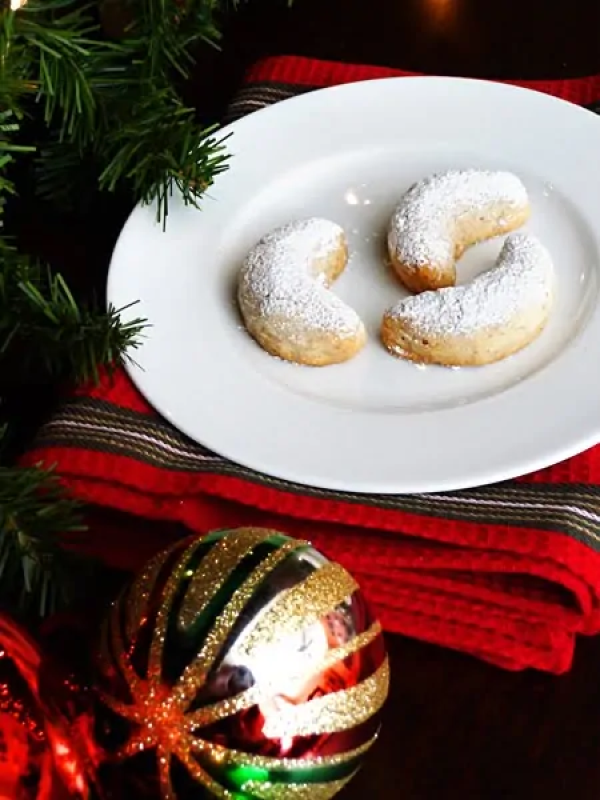 Need More Holiday Ideas from Around the World? 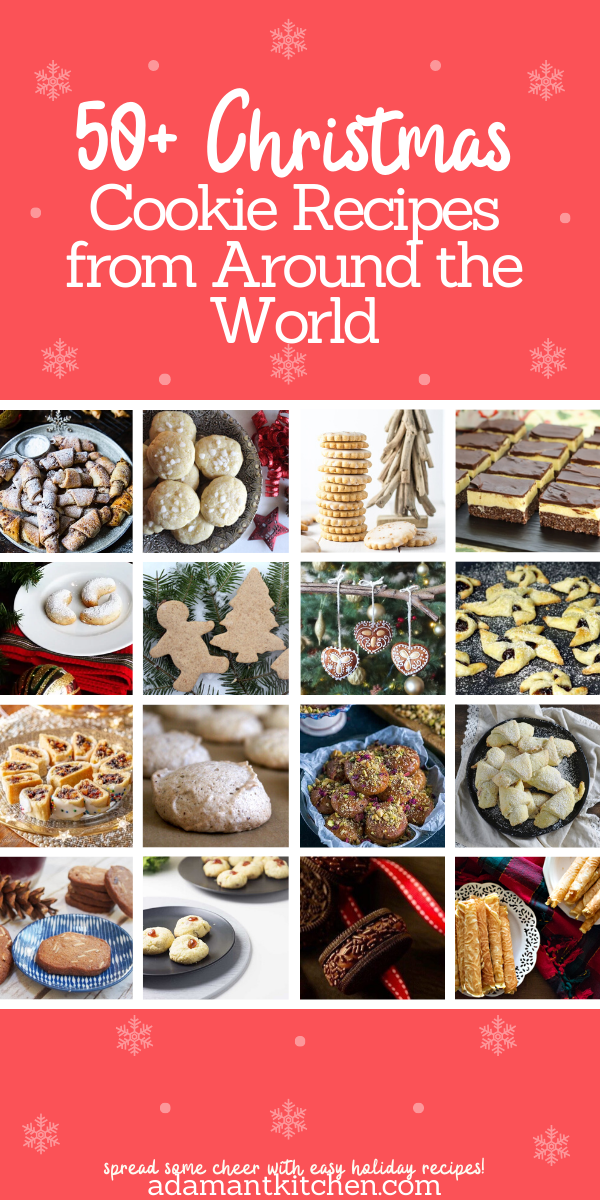