Wait…hostas are edible?  Yes indeed!  Hostas are not only edible, but they’re also delicious.  They taste like a cross between asparagus and leeks, but better than either in my opinion.  So how do you prepare my new favorite veggie?  Wrap it in bacon of course! 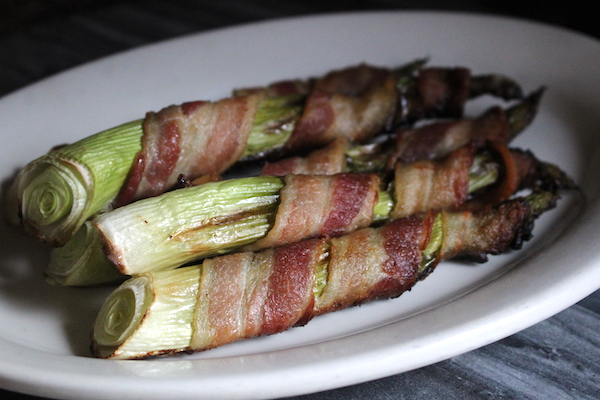 The first time I cooked hosta shoots I kept things simple.  I pan fried them with a bit of butter, sprinkled on salt and gave it a bite.  I was blown away!  While asparagus can be a bit stringy sometimes, and leeks have harsh notes, hostas combined the two flavors into a tender vegetable with the best parts of both.

Hostas were originally wild harvested in Japan, just like ramps and fiddleheads are in the states.  At some point, that lush shade plant made it’s way across the ocean as an ornamental and the fact that it’s delicious got lost in translation.  If you’re curious about the history, here’s everything you need to know about edible hostas.

The best time to harvest them is in the spring, when the shoots are still tightly curled.  That’s when they’re really tender and flavorful, and all they need is a quick cook with a bit of fat and salt (or bacon…which has both).  The leaves are still edible once the plants mature, but they need a longer cook, and at that point, they’re more like collards.  In mid-summer, the flowers are also edible raw right out in the garden. 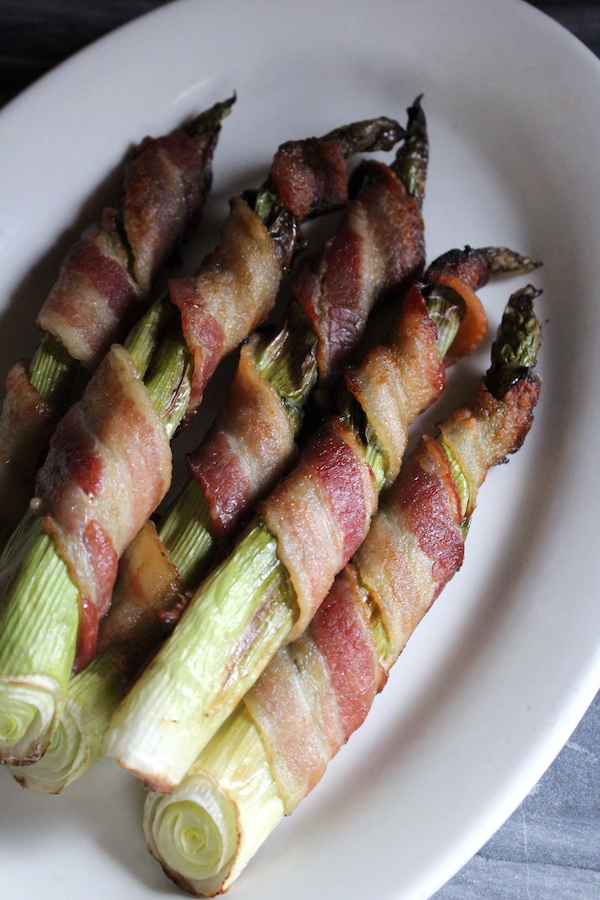 My friend Susan at Learning and Yearning wrote about bacon wrapped hostas a few years back, and somehow I always miss the boat in the early spring as I’m rushing to get the garden started.  A little ironic how in a rush to get a garden going I forget to harvest some of my favorite things…

Hostas come in different sizes, and Susan’s were on the smaller side.  She suggests cutting the slices of bacon in half, wrapping each hosta shoot and then roasting them in a 400-degree oven for about 10 minutes.  I have hostas of all sizes, and I decided to keep the smaller shoots for a hosta tart I’m planning.  That means I have giant hosta shoots for this project, which only means more bacon. 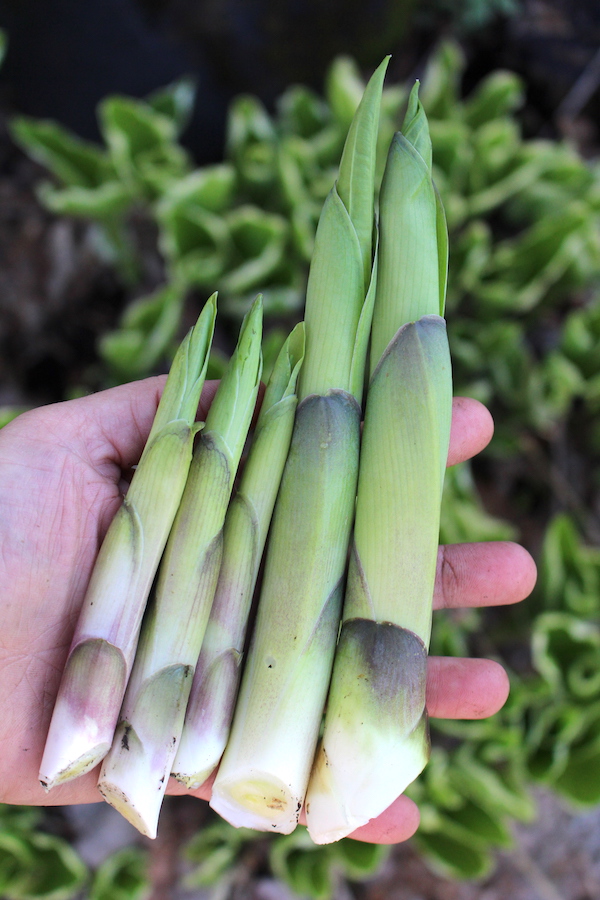 Hosta shoots come in a number of sizes based on hosta variety and growing conditions.

Mine took a whole slice of bacon to wrap each shoot, and a full 25 minutes at 400 degrees to fully cook.  They came out perfect, and the flavorful bacon infused through all the layers of the hosta shoot.  Much of the grease ended up on the baking tray, leaving the hosta shoots just fatty enough to satisfy but not swimming in grease.

I served them to my husband for breakfast, and the first thing he said was, “We need to plant more hostas…”  I call that success.

*Smaller hosta shoots cook much faster, and everyone's preference on bacon "done-ness" is different. Cook the bacon wrapped shoots until the bacon is done to your liking, which could be as little as 10 minutes or as much as 25. Keep an eye on it. 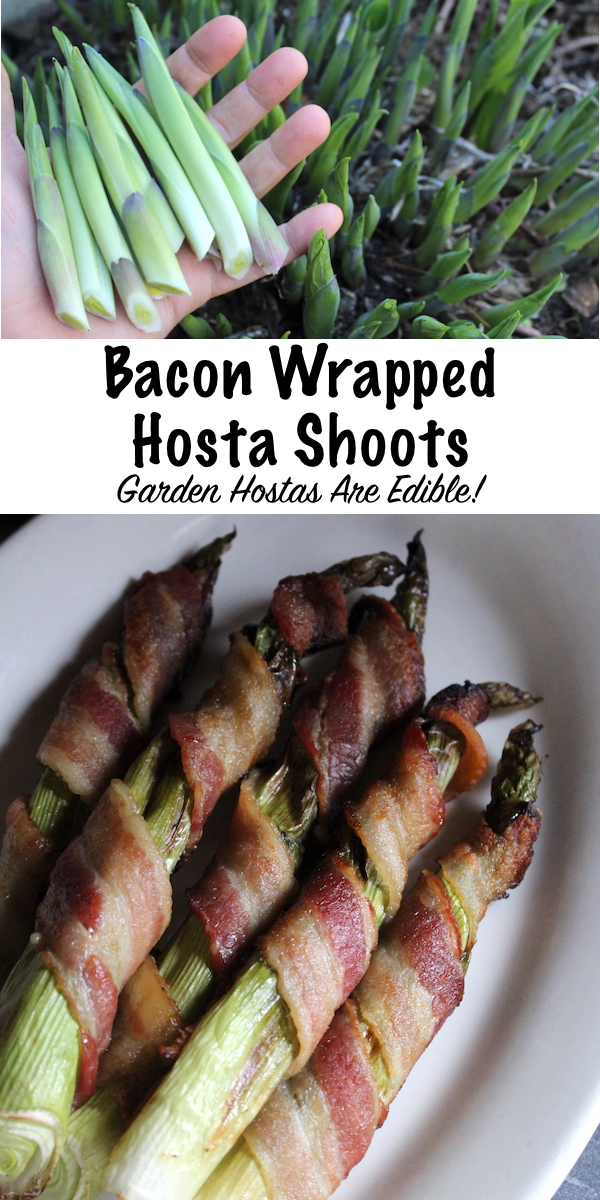